Not only are scrap dealers concerned with the satisfaction of their customers and market prices, but there’s always more there than meets the eye. Any scrap processing professional worth his or her weight in #2 HMS will be quick to admit that they are only as good as the equipment making them money.  That means a heavy reliance upon — and solid relationship with — their equipment dealer. And that dealer bond has never been more critical than in this time of tenuous supply chain issues. For Alco Iron & Metal, a long-standing relationship with its dealer, Bejac Corp. has not only proven valuable from a service/support/parts point of view, it has also helped solidify its actual choice of primary processing equipment.

Where Alco was once a user of mixed-brand excavators and material handlers, the company has slowly but consistently evolved to a point where more than half their fleet is now Link-Belt machines. That migration has occurred both because of the equipment’s performance and the service Bejac gives them. A powerful one-two punch in these challenging times.

Alco Iron & Metal is a family-owned and operated business with a rich history of service to its customers. Established in 1953, then incorporated in 1972 by Elton Kantor, the company enjoys a five-generation span of interest. The Alco name, which has become synonymous with scrap in the Bay Area, was a matter of convenience, according to current owner and president Kem Kantor.

“Even though my dad’s name was Elton, he used to be called Al, so when he started the business, he just added ‘company’ to ‘Al’ to make ‘Alco,’” he said. “It could just have easily been ‘Elco’ but, because all business being done at the time involved use of a phone book, they wanted it to be further up alphabetically.”

Kantor said his destiny as head of a major scrap processing operation was, in a sense, pre-determined for him. While parents today encourage their children to higher education and solid professional jobs, work was the center of the universe for Kantor and his two brothers.

“It was a different time, so the focus was on building the family business,” he said. “As a result, all our free time — holidays, vacations, summers — were spent here at the yard. My parents didn’t push schooling on us, they encouraged hard work. In retrospect, that was not a bad thing.” 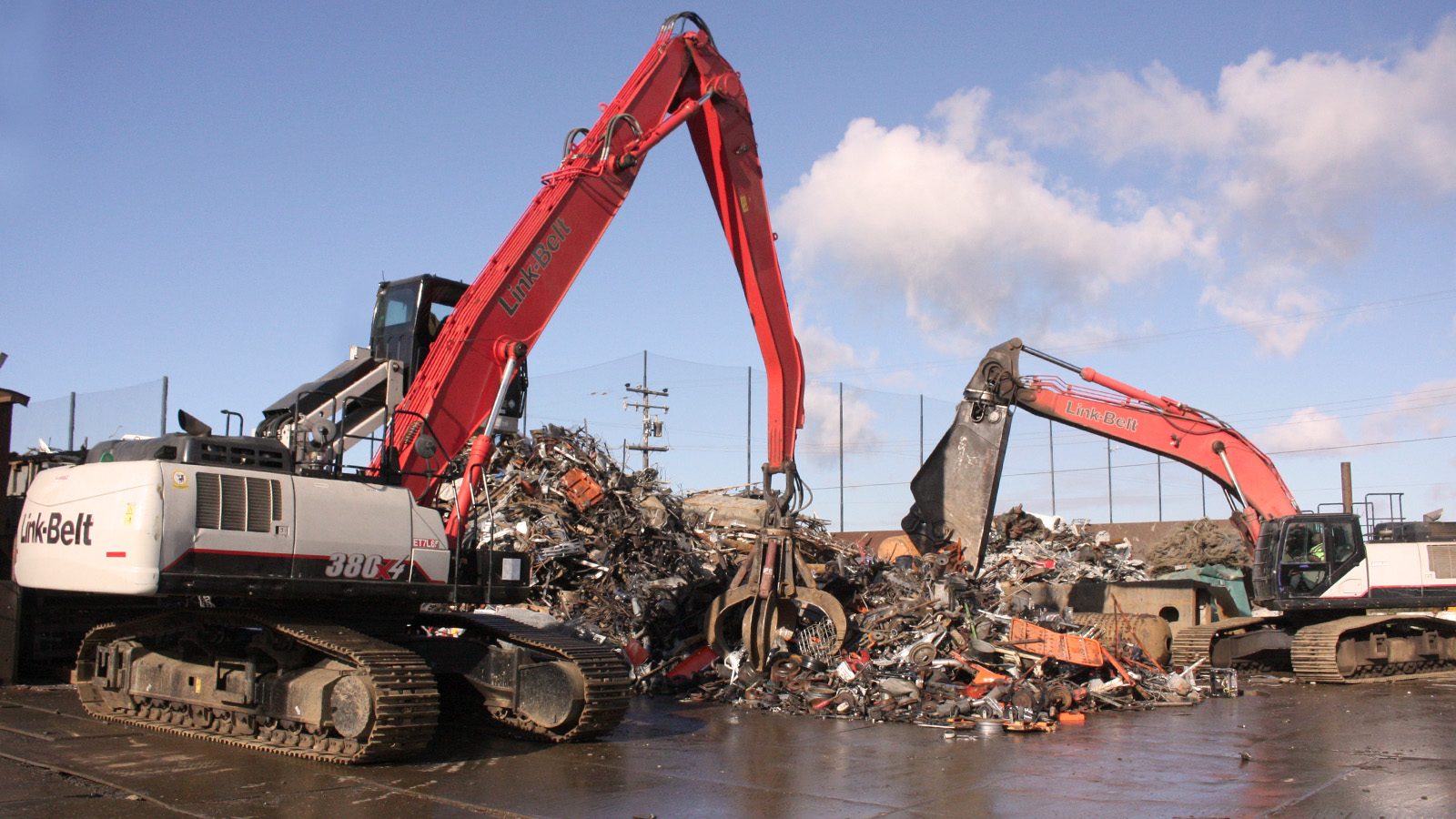 Unlike companies who boast many small feeder yards in which material is taken in and then quickly sent elsewhere, Alco is a full-service scrap processor. At each of their five locations throughout the Bay Area, material is taken in, separated, graded, and processed. Machine performance is an essential key to the overall, comprehensive operation. Obtaining equipment that best meets their range of needs, has been an evolutionary process, said Kantor.

“When I first got involved in the operation in 1978, our excavators and handlers were mostly from a single major domestic manufacturer,” he said. “Then, in the early 1990s, we started purchasing machines from Japan, Korea and Europe and continued that practice for the better part of a decade. As those machines became more and more sophisticated, however, we noticed two things: the bells and whistles being added meant more things to go wrong, and they were becoming increasingly difficult to work on.”

Recognizing machine complexity as a problem that was not going away anytime soon — and would probably worsen as time went on — Kantor’s group turned to Bejac Corp. The California-based dealer/ area Link-Belt representative serves the construction, demolition, forestry, and recycling markets. The call was truly a game-changer for them.

The Push for Simplicity

Though Alco had used Link-Belt machines in the past, the machine they added to their fleet in 2004 proved eye-opening for them. The performance from the unit was certainly there, but that was never a point of contention with the other machines, said Kantor.

“Right from the outset, we realized that Link-Belt was focusing on user-friendliness rather than showy add-ons,” he said. “That fit well with our own approach which was geared toward minimizing downtime and keeping production levels up. And it extended to the maintenance side of things as well — our people immediately recognized that the Link-Belt unit was easier to work on than anything else we had at the time. Right there, we knew we’d found our equipment of choice.”

Today, the ability to self-perform most maintenance is crucial due to the pandemic. “We are benefiting because we can do so much ourselves and don’t have to rely on outside service companies which, in many cases today, are short-staffed and far behind in service calls,” said Kantor. “Having that ‘do it yourself’ capability has always been good — it’s just more evident now than ever.” 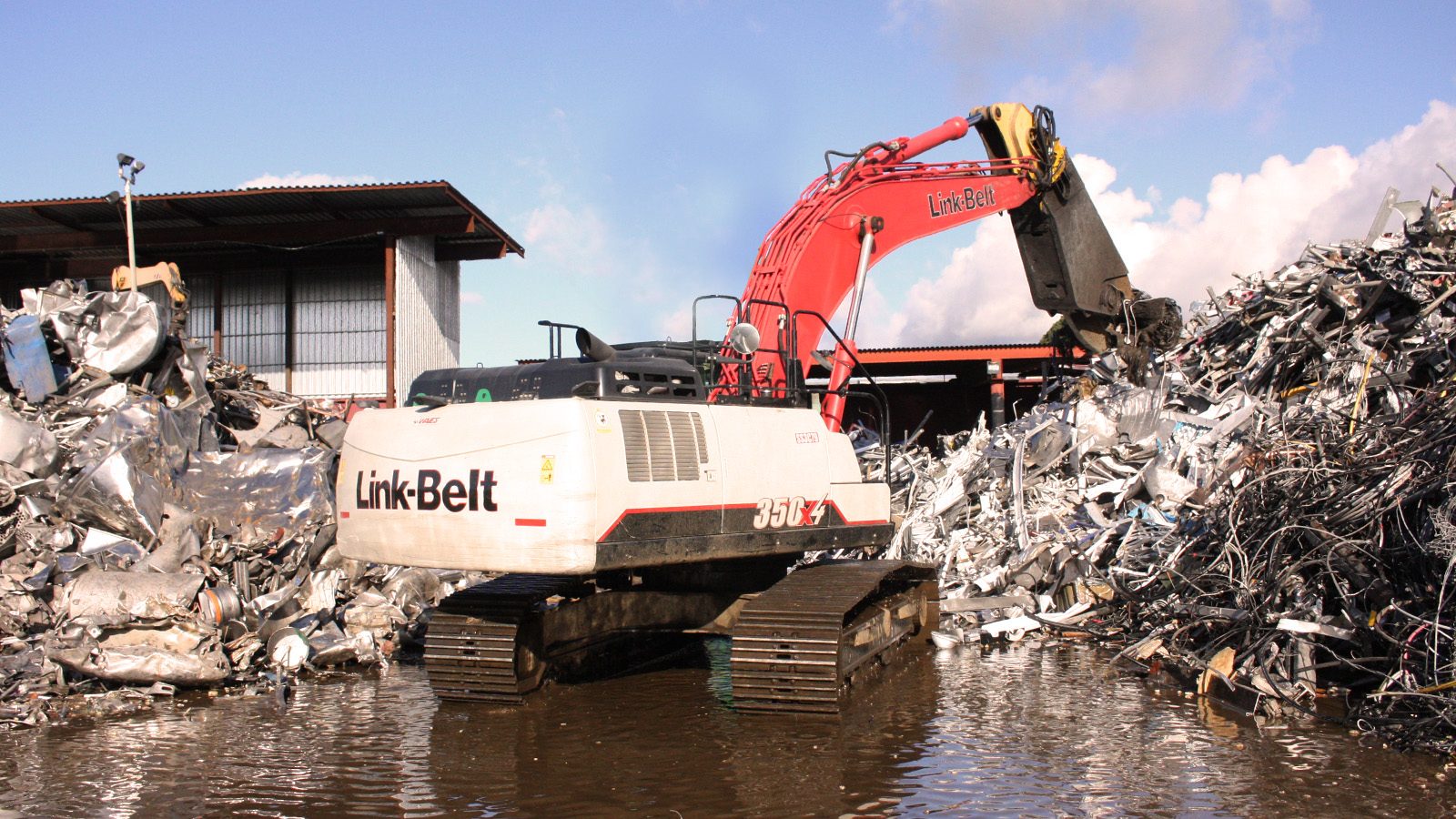 You’ve Got a Friend

Much as they’d like it to be otherwise, the rigors of the processing facility dictate that no scrap processor is fully-independent from maintenance demands. There are some things that simply cannot be done in-house and for that, dealer support becomes the issue. For Alco, that first machine purchase from Bejac Corp. in 2004 has blossomed into a solid relationship between the two companies. And, again, one that has never been more necessary nor more appreciated.

“Bejac has been an outstanding dealer for us,” said Kantor. “Downtime is the enemy of any scrap processor and Ron Barlet, Bejac’s owner, bends over backward to ensure that’s never the case. When looking for a dealer who is going to support your purchases, it is important to align yourself with someone who will have the parts in stock, when you need them. Bejac has been that company for us.”

Kantor says parts availability varies per supplier. For some of the other companies with which they deal, parts are sourced from a main supply channel in the Midwest or on the East Coast.

“With that equipment, if we have part failure in need of replacement, it’s not unusual to find out that they don’t have the part, or it will take two weeks — if we’re lucky — for them to get it to us. Working with Bejac, they truly support their machines with true availability of parts and service. While cost is a big component of any equipment purchase consideration, for us, the bigger issue is parts and service. Ron and his team at Bejac made dealing with anyone else a non-starter.”

Performance of a Lifetime

Even with the best parts and service, equipment needs to be built for a scrap processing facility to perform well and last. Long days of repeated shearing or material movement tends to wear a machine down, yet Kantor said their red machines have the least incidents of downtime of any of their comparable equipment. Confidence apparently breeds loyalty: Alco has a fleet of 24 excavators and loaders across its five locations — 14 of them currently bear the Link-Belt name.

“In the last six or seven years, we’ve committed our operation to replacing other brand machines as they age out or fail with Link-Belt units,” said Kantor. “In fact, in that time, we’ve never purchased another brand, but we have two more Link-Belt excavators already on order for next year.” 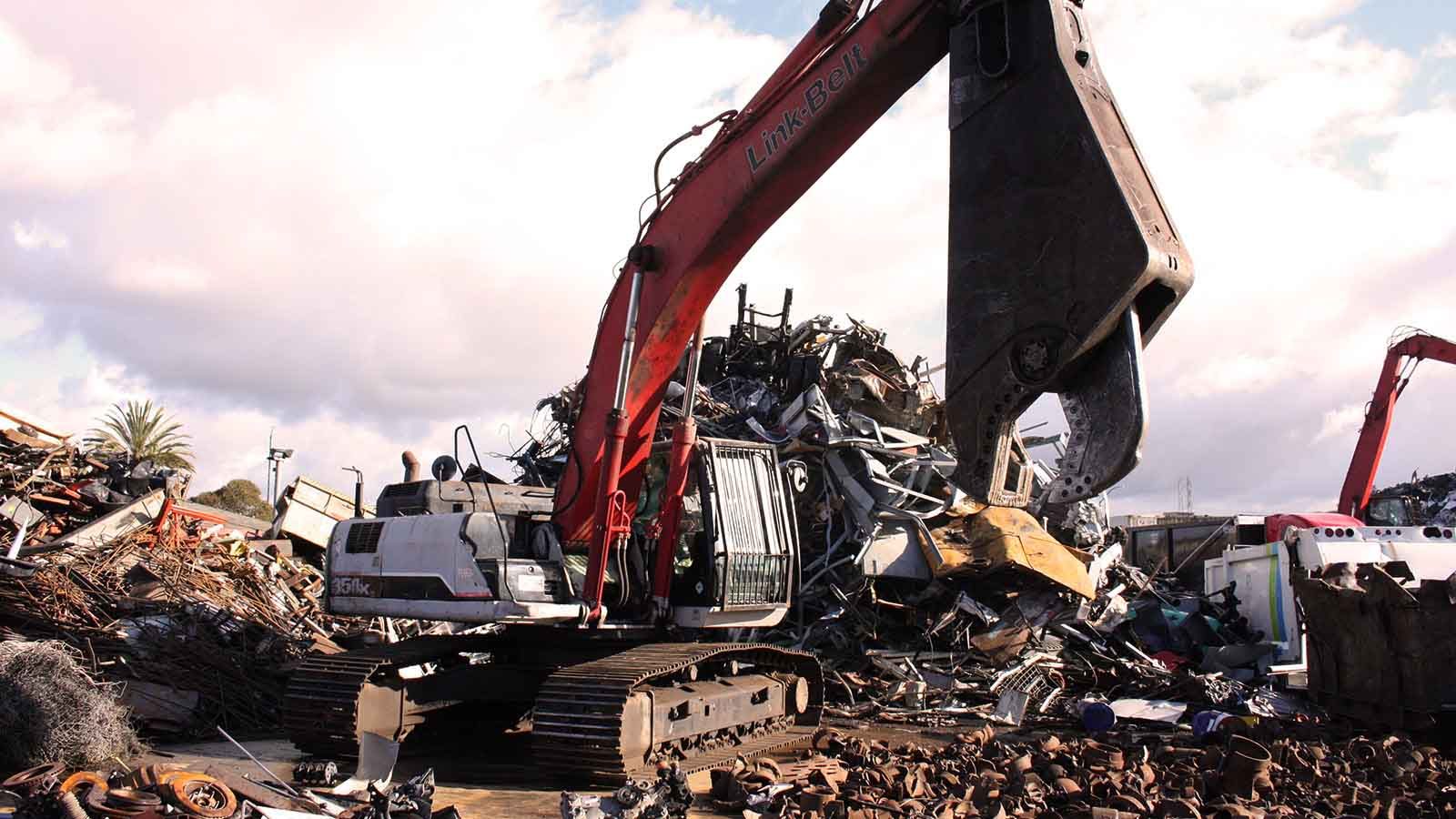 While his operators find the units comfortable and easy to operate, Kantor added that he really likes the fact that those operators have excellent visibility from inside the cab — enhancing Alco’s safety protocols.

“Safety is a huge priority for us here, so a better view of their surroundings plays well into that push,” he said. “The machines are also better on fuel economy than anything else we own. Our guys credit the Isuzu engine for that as well as its much quieter operation. And, bringing us back to simplicity and common sense, unlike some of our other machines in which you practically have to dismantle them to change oil and add grease, doing so with these machines is simple and fast.”

“Link-Belt has struck a chord with processors like us who are looking for solid, steady reliable performance in their excavators and material handlers, without feeling like you need a PhD to operate it. Life is already complicated — why make it more so?”