Even after 30 years, Oregon logging professionals’ business continues to evolve.

Three decades into his career as owner of one of the larger logging companies in northwest Oregon, Greg Pellham’s reason for doing what he does remains unchanged. Mind you, it’s not the need to carry on a family tradition, though he’s certainly doing that. Neither is it being part of the rich history logging represents, although you won’t find anyone prouder of what he does. No, Greg Pellham’s primary motivation for rising early every morning is the knowledge that he will spend his day in the woods, making his mark on the world through his work. While he acknowledges that his profession is a tough one and presents its share of challenges, he also says that the woods are one of the places where he is — and always has been — most comfortable. There, he has worked to realize his dream of building a logging business, a dream that continues to evolve to this day. The woods, it seems, never stop calling. 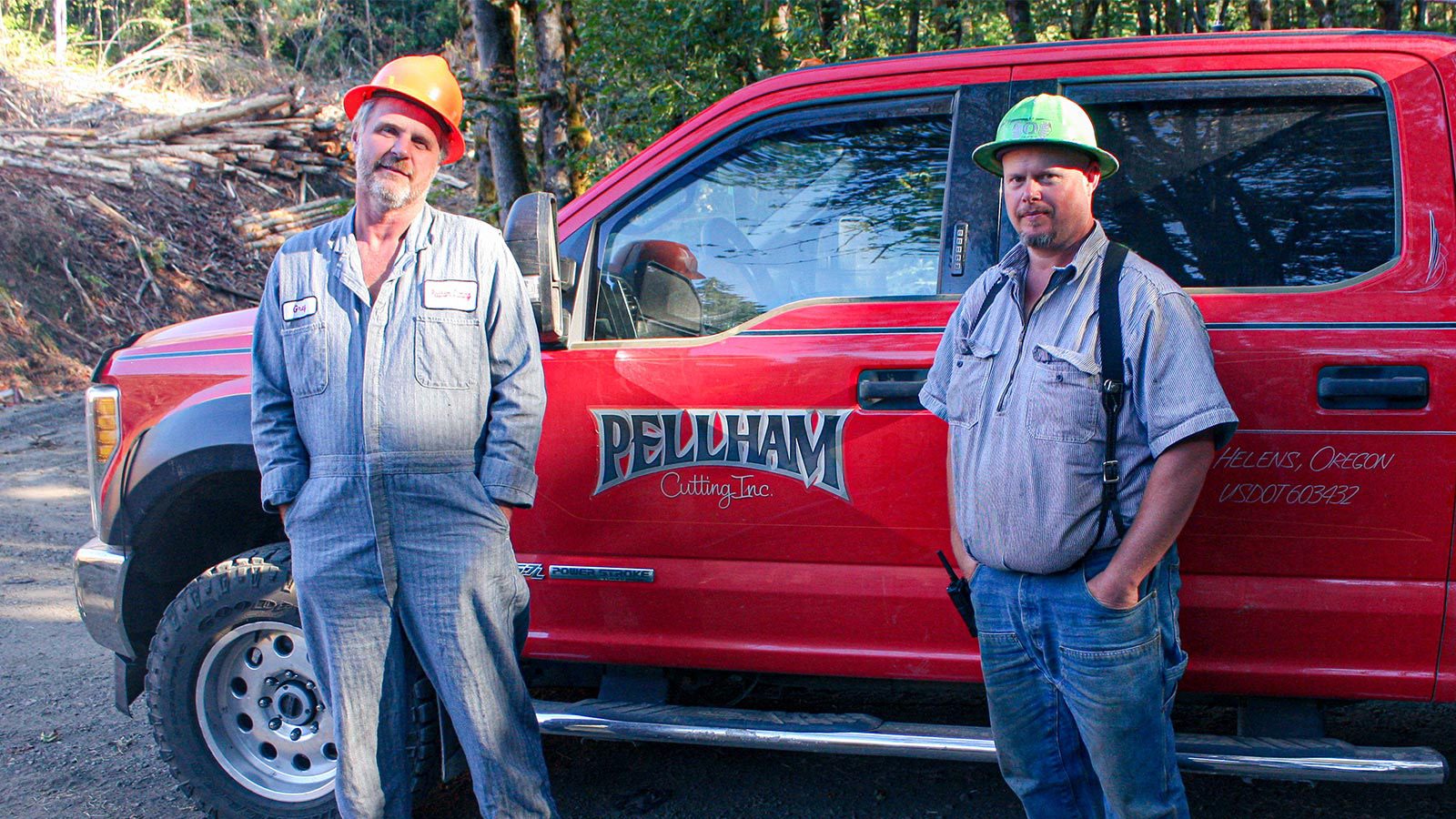 Started by Greg Pellham as a sole timber cutter with a chainsaw and a Kenworth truck, St. Helens, Oregon-based Pellham Cutting, Inc. today employs more than 50 people and operates a huge fleet of logging and transport equipment. His interest in logging is undeniably genetic in nature.

“I am the third generation in the business; my grandpa and dad were both loggers running smaller operations,” he said. “My father, who was a mechanic at first, got into logging when I was about 12. So, I would run skidders for him after school, and, truth be told, he probably wanted me to continue running them for life. But I really wanted to cut timber, so here I am today.”

Where Pellham finds himself today is heading up one of the more successful logging companies in northwest Oregon— one that happens to include both his wife and son as part of the operation.

“My son Blake, who is 23 now, runs one of our processors and does it very well,” said Pellham. “And we literally wouldn’t be where we are today without my wife Dawn, who heads up the business side of the company,” said Pellham. “She spends all her time in the office while I oversee our various cutting operations. I joke that my job is to buy things and hers is to find a way to pay for them — but that’s not far from the truth. This business is constantly changing, and in order to keep up, you need to have the latest technology working for you.”

When Greg Pellham mentions newer technology, he is likely referring to their Link-Belt 4640 RB excavator outfitted with a Harvestline mobile yarding system. Historically, not a huge fan of yarding-style logging, he has found a nice compromise with the use of the new system, which affords him the mobility he needs while at the same time opening up the business to new project sources.

“In the past, I’ve tended to stay away from yarding-type projects, focusing instead on more of a ground-based operation,” he said. “But a few opportunities arose with some of the larger landowners in the area that, from a purely business sense, made it hard to pass up. We are currently using the Link-Belt/Harvestline machine on a 70-acre, steep-slope project in Scappoose, just outside of Portland — a job that is perfect for that machine.”

At that location, Pellham Cutting has its 4640 situated on a pad, approximately 350 feet up from the area being worked. Because the grapple system needs a stationary point for the cable system — and a way to allow lateral movement for access to different areas of the site — Pellham has a pully-equipped Link-Belt 4040 located at the base of the area being worked. Felled logs are identified via an in-cab camera, then picked with the grapple and cabled up to the pad. They are grabbed by a Link-Belt 3740 TL  (timber loader) and passed along to a secondary area on the pad for processing and haul-off. Then the process is repeated again and again.

“This solution has offered a really nice opportunity for us to get work like this,” said Pellham. “From a safety standpoint, it’s great because it minimizes the number of boots on the ground. And even though we can benefit from the yarding capability in the future, we are not locked into a process as we would be with a tower-based system. It’s really the best of both worlds.” 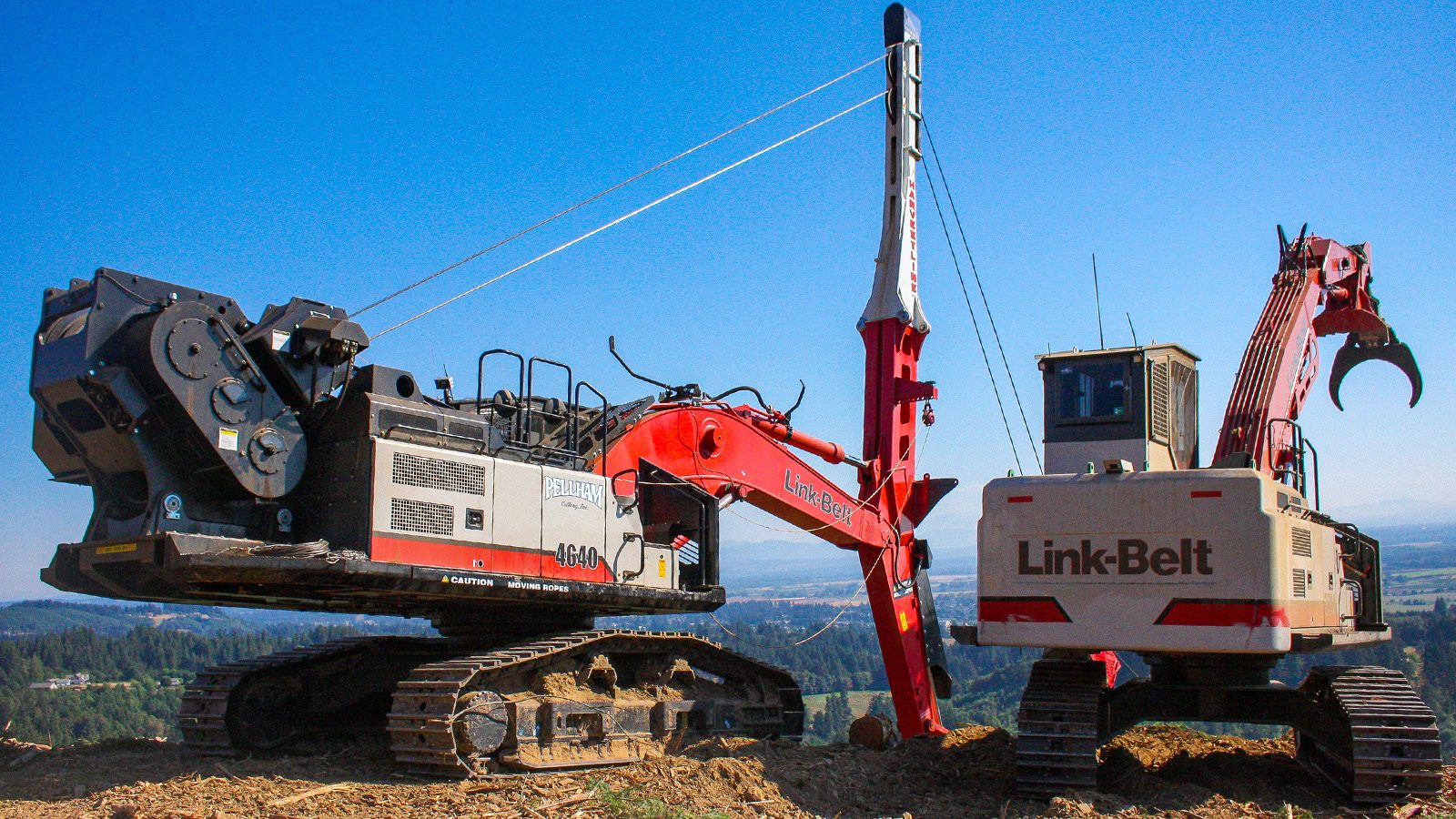 By now, it should be clear that Pellham has a distinct preference for Link-Belt machines, a preference that began years ago when he was an operator working elsewhere. In that capacity, he learned that brands do differ in performance and beyond.

“In the various logging jobs I’ve held over the years, I’ve run a lot of different equipment,” he said. “In that time, I found Link-Belt’s machines to be smoother, more reliable, and far more fuel-efficient than anything else I’ve used. And after establishing this company, I also learned that support for that equipment is key to running a successful operation. All of these have led to us having a very solid relationship with Triad Machinery and Mike Bianchini, who handles our account. They treat us well, and Mike is always there for us when we need anything. In fact, whenever Mike calls and starts with ‘I have some bad news… ‘ I always say: ‘Please don’t tell me you’re leaving Triad.’ They’re a great partner to have.”

Pellham’s level of satisfaction is such that he now owns and operates eleven Link-Belt machines — logging units ranging from a pair of 3240s up to a 5040 timber loader. While the overall performance of each machine is key and operator comfort is unquestioned, the recent spike in diesel costs has put a focus on their outstanding fuel economy.

“Fuel consumption with a Link-Belt machine is one of the lowest of any of the manufacturers out there today — and that is proving so critical as diesel prices stay high out here,” he said. “While most of our bigger customers stepped up to offer surcharges when the cost of our fuel literally doubled, we still appreciate how good the Link-Belt line is on fuel. And it’s not just an idle statement; we’ve seen competitive machines burn twice the fuel doing the same job for the same number of hours — it’s that noticeable.”

The only other topic at job sites today mentioned more than skyrocketing fuel costs is the availability of good workers. While Pellham Cutting works hard to retain its workforce, it has not been immune from that issue.

“Trying to find someone who wants to work in this profession is a constant struggle,” said Pellham. “Most younger kids today don’t look at logging as a real career option like their dads did, so the pickings are slim. And, with operators being at a premium as they are, even after you find someone, there’s always the risk that they will go elsewhere if offered more money. I can’t fault anyone for that, but it costs a lot to train a person and get them to a point where they can be productive. So, when we find someone, we work hard to take care of them. I want people to retire from our company, not leave, and that’s largely been the case.” 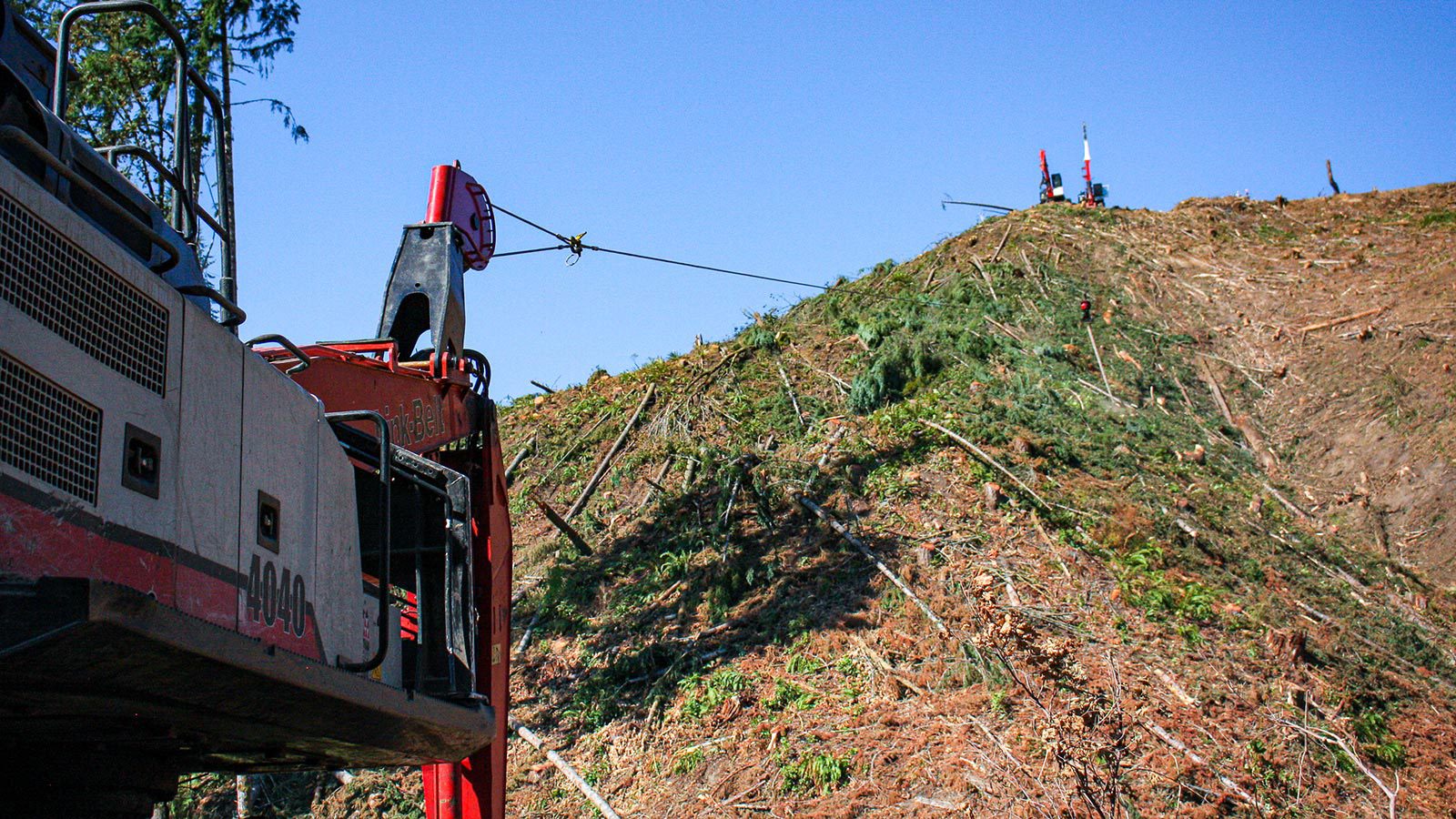 When it comes to work ethic, there’s never been a doubt that Greg Pellham leads by example. Admittedly by choice, he can most often be found working long hours and still spends a good deal of time in the cab of any of the 30+ machines he owns. While the future looks promising for growth, he said they are fairly content where they are.

“We have room to grow; the logging opportunities in this area are really good,” he said. “But while the work is there, the people aren’t, so why ask for more headaches? Right now, we have a nice company with some of the hardest working, most dedicated people in the area and a fleet of logging equipment that never lets us down. My son Blake obviously loves logging, so there’s a really good chance he will take over the business when I retire. How could I not be happy with all of that?”